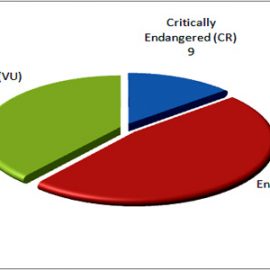 Shams works in freshwater ecosystems, primarily on fish diversity in terms of their availability, and richness; he is also interested in aquatic invasive species and their impacts on ecosystem. Email: [email protected] More...