Gher is modified rice field (usually situated in flood plain) comprising a trench around the rice field and built up dikes to maintain a depth of around 1 meter in the trench. Farming of prawn (Macrobrachium rosenbergii) is became popular in south west Bangladesh during the 1980’s and as the price for prawn continued to rise, many farmers made costly investments in converting their rice fields into Gher. At present different categories of land and water bodies of approximately 50,000 ha are used in prawn aquaculture (Annual report-DoF, 2005-06).

In Bangladesh different culture systems are being practiced, such as-prawn monoculture, prawn polyculture along with other fishes (mostly carps), prawn aquaculture in paddy fields along with paddy, prawn aquaculture in paddy fields after paddy harvesting. In most culture system, horticulture crops are produced on dikes and slopes of the dike (Annual report-DoF, 2005-06). The sector (Fisheries) is the second largest source of export earnings, selling to major markets in the UK, Netherlands, Belgium and France. Export income of Bangladesh from prawn and shrimp was TK. 2281.59 crore in year 2004-05 (DoF, 2005).

Gher farming generates an average income that is four times higher than any other typical agriculture practice in Bangladesh. In the past, often people suffering hunger with the food scarcity due to natural disaster (flood, cyclone, etc.) and the livelihood conditions was regrettable. Gher farming has created an opportunity for utilizing the assets (by alternating cropping system) and reduces food insecurity, provides education (among the children), protein, health care, house holds and sanitation. Farming of fresh water prawn also creates employment opportunities and increases the demand of labor. Women are actively participating in preparing feed for prawns and gardening on Gher dike. Entrepreneurs of the farming sites have started depot trading to improve the post harvest quality, creates farther employment opportunity.

Aqua farming (mainly prawn and shrimp in Gher) in the south west part is profitable compared to other agriculture industries, but it is associated with a number of potentially adverse environmental effects. Firstly, Diversity of snails is destroying as it is use feed of the prawns. In 1998 the amount of snail meat traded in Bagerhat was 164,192,250kg and valued at Tk600 million (Alam et al, 2004). Secondly, wild species are reducing as the PL collectors are harvesting in a destructive way to meet up the increasing demand of PL. Despite of controversy prawn farming is expanding very fast for its high return.

Farming practice:
The farmers of the locality starts farming activity at the very beginning (April to May) of rainy season. Farmers managed land for farming form the land owners through lease system (about 42%) for duration of time 10 year, giving an annual TK. 5000-8000 per 33 decimal. During preparation of nursery canal in the gher (at the month of April to May) farmers used lime (1 kg/decimal) and rotenone (250 g/bigha) with the aim of eliminate soil toxicity and remove unwanted fishes. After preparation of the nursery canal, they stocked prawn fries at a rate of 3000-4000 piece/bigha. Farmers delivered semolina, chemai, egg yolk, wheat flour and nursery grade prawn meal etc. as supplementary feed at rate of 100 g/1000 piece/day for the first two week and from third week to two months the rate increase 150-200 g/1000 piece/day. To make sure good returns from aquaculture, stocking of quality seeds is one of the most important issue and most of the farmers of the locality do practice the fact. The farmers prefer PL of wild sources due to low mortality and high growth rates than that of hatcheries.

Farmers incorporate 2-7 species of Indian and exotic carps mainly rohu (Labeo rohita), catla (Catla catla) and mrigel (Cirrhina mrigala) etc. in their gher with prawn assigning the hope of proper utilization the entire tropic levels of the water bodies and generally carp species are stocked one to two months later stocking of PL. In improved extensive culture and in semi-intensive system system, farmers stocked 5595 and 7873 pieces of prawn PL and 163 and 232 pieces of carp fingerlings per acre, respectively.

Farmers delivered fish/prawn meal, pulses, snails and cooked rice of their prawn as supplementary feed as the demand of prawns. To keep good limnological conditions of the gher most farmers used lime, urea, triple super phosphate (TSP) and murate of potash (MP). In addition, they used aqua-Z, malachite green and methylene blue as disinfectant to over come fungal infection of prawn.

After a period of 9 – 10 months (November to February) rearing when most of the prawn and carps attain weigh 80 -100 g and 750 – 1000 g respectively, farmers starts harvest their crops with seine and cast nets by professional fishers. During these months, the water level of the farms became lower, making easy harvesting. Most of the farmers sell their crops in the depot where the post harvests care also taken.

Highest production (0.32 MT/acre/year) (MT = Metric ton) was recorded from large size (2-5 acre) farms than the production of small size (1-2 acre) farm (0.31 MT/acre/year) and very large size (more than 5 acre) (0.15 MT/acre/year) farms. The bachelors were able to draw out higher production; 0.34 MT/acre/year (whose management level were semi-intensive) than the illiterate (0.29 MT/acre/year) and the farmers those were S.S.C (0.24 MT/acre/year) and below S.S.C. level (0.31 MT/acre/year). Again the trained farmers were clearly ahead in the question of production than the untrained farmers. The main fact of higher production by the bachelors and the trained up farmers was that education and train increased their skill at every stages of farm management. Average prawn production was higher in large size farm (0.32 MT/acre/year) than that of very large size farms (0.15 MT/acre/yr). The main reason of such result might have been reduced management skill at every stage due to its bigger size. Returns from prawns depend mainly on the three factors such as actual production of prawn, cost of production and sale price of prawn. Economic returns (Tk./acre) from prawn were higher in semi-intensive culture than that of improved extensive culture and most of the farmers claimed that prawn farming is a profitable business.

Indigenous Technical Knowledge (ITK) of the farmers:
ITK was found regularly applied by the farmers. Some farmers delivered Chira (fried rice) as feed that allotted a certain time in urea dissolved water so that they absorb urea water and the farmers believed that intake of urea increase molting rate of prawn as well as growth. Again some farmers those were not able to remove toxic bottom soil (locally called peri) of their Gher due to water logging released an additional number of bottom dweller fishes with the thinking that scavenging feeding habit of such fishes will help to eliminate toxic gases from bottom.

Problems, constrains and hazards in prawn farming of the locality:
Some problems were identified connected with prawn farming of locality; those were listed under three groups such as input problems, economical problems and natural hazards. With the increasing of prawn farming area and the intensification of culture system also demand for fry and other inputs mainly supplementary feeds are increasing faster. Most of the prawn farmers along with the surveyed locality mainly depended on wild sources for fry but the supply was insufficient to their demand. On the other hand at present about 70 Golda (Freshwater prawn) hatcheries are producing juveniles and contributing only 2% of total demand (DoF, 2005-2006). Besides this, farmers have bitter experience of stocking prawn fry from hatcheries. According to the farmers of that area, survival and growth rate of hatchery fries much lower than the fries from wild sources.

Farmers those are economically week can not stock prawn fries in their Gher timely, because of higher price of prawn fries at the very beginning of farming season and they get less time (at least two months) for production. On the other hand, at present the price of supplementary feed is very high and often the farmers have to rely on the feed wholesalers or the usurer at a high rate of interest, resulting in a small amount of profit at the end of the year.

Again farmers of the locality have faced an unfavorable situation like water logging in the beels and flood plains every year. This situation increases production expenditures because farmers have to set nets on the embankment around the Ghers in order to protect crop. Besides these, polluted water enters into the Gher and makes Gher water inhospitable for fish and prawn, and some times cause much mortality of fish and prawns.

To ensure an increasing prawn production as well as profit from Gher practice of Durbadanga Union, problems which were identified by the farm owners should be solved by the concerned authorities. The following recommendations are suggested depending on the findings of the present study:

Freshwater Prawn Farming in Gher: A Study Based on Monirampur Upazila of Jessore District 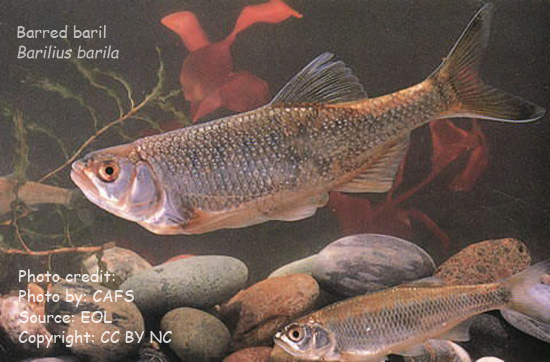 Implements of HACCP in Prawn Culture in Bangladesh